Inspired by the recent spectacle of his death no doubt, Tony Pucci suggested we do Michael Jackson as a topic. I thought we could go one further and do an episode on Celebrity Worship in general. At some point in my life I can’t remember, I suddenly stopped regarding celebrated individuals as anything more than “just some person who happens to make records or act in movies or run countries.” Or it may have been a gradual shift. I can’t tell. I know that I went from being a teenager starstruck by seeing his idols on stage to an adult with a vague sense of “meh” at the same. 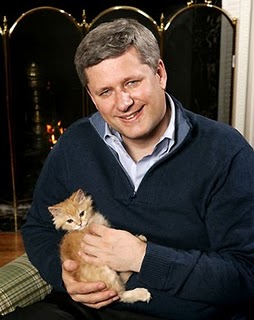 Perhaps it was having several friends who’d reached a certain level of professional success in the entertainment fields which dulled me to stardust. Or perhaps it was being involved in promoting rock shows where you interact with people who happen to be famous but really no different from the local unknowns in the opening act (only probably less lazy). Eventually you obtain the perspective that musicians are either just “regular joes” or are insane, ego-maniacal  fuckwits who lack any sense of reality and how they fit into it. And what makes them insane, ego-maniacal  fuckwits is that they’re also just another person.

Now when I see famous people in the flesh, I do still get a bit of that sense of otherness about them. But it’s in the same way as visiting a famous, historic landmark. Like when you stand at the foot of the Eiffel Tower and suddenly are struck with the sense you are seeing this structure that millions of other people have seen; that you are able to reach out and touch this cliché piece of clip art everyone has been bombarded with since birth—and how it’s really just a big lump of wire and steel. There’s something surreal about seeing a face you only know from illuminated screens or glossy magazine pages. And even more surreal to know they’re just another human who by ambition or luck happens to be famous.

Related links: David Lynch (someone what we’re obsessed with); GOWN (Andrew what got us tickets); More Andrew on video; Infamous: Robert Pickton The Pig Farm Killer; Famous: MJ; The Box Room (unwitting but gracious Nerd Hurdles impostors); Megan Fox zombie (what is only here to attract Google hits); Boz (what sent in an audio comment); Tony Pucci (what sort of suggested the topic).

This entry was posted on Thursday, July 16th, 2009 at 12:28 pm and is filed under Episodes, SPECIAL EDITIONS. You can follow any responses to this entry through the RSS 2.0 feed. You can leave a response, or trackback from your own site.