The image below has nothing to do with anything but being awesome. Actual, crazy, IRL search terms that got people to this blog in November 2011 to follow…

wesley crusher ball gag: I don’t think this is a sex thing. Just a “Shut up, Wesley” thing.

star trek wesley crusher dies: I found no evidence of this. But I did find this disturbing tidbit: “Wesley has a birthmark in the buttocks or groin area and is allergic to metorapan treatments.” (source)

confederate haircut: I saw too many things I cannot unsee to bring you this picture

i’m not an atheist: Great. I’m sure Google was interested. They have a data base that keeps track of that shit, you know?

unknown person: “Do we have a lead on the perpetrator?”
“No Sarge, it was persons unknown.”
“Did you try Google?”
“Uh. No.”
“Well, get on it.”
“I’m not sure I understand what you mean.”
“Type in unknown person.”
“Ha ha ha. I’ll get right on that, Sarge.”
“You think this is funny? You think this is a laughing matter? We’re burning daylight here and the Commissioner wants answers!”

the word hippies: Not hippies, just the word. Which gets you to this craziness.

tim horton’s line up: I’m only including this totally legitimate search because it was aptly followed by the search “poo fetish.”

cheesy horror: Whatever the fuck this is. Some kind of grilled poutine sandwich. 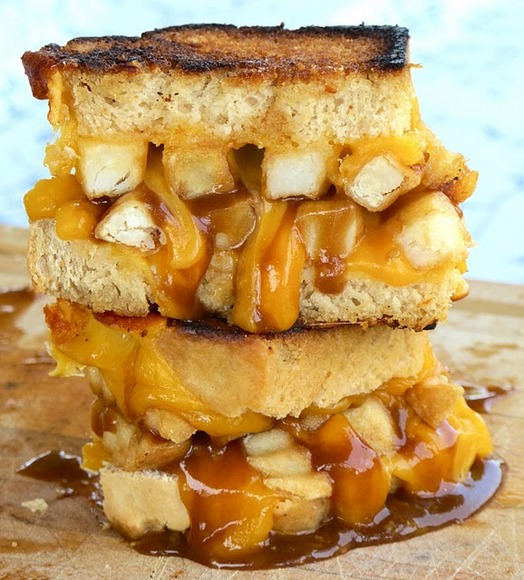 ensue: Ironically, they went to Google but no useful search results ensued.

the trouble of the rings legolas: “The ring business? Oh that. It wasn’t much more than an inconvenience. Very little trouble, really. The Hobits seemed to make a big deal about it, but, you know, they’re tiny people.”

nailing naked jesus: Jesus even took his socks off when doing the nasty.

jesus penis: An omitted detail in the crucifixion story, censored by various churches over the millennia, is that he was actually staked to the cross using his own severed penis. A common practice in the first century A.D.

jesus meet to meat: I don’t know what this means.

models+of+urine+battery+: Somebody is taking the whole G+ thing too far.

tim burton thinking: This is a new seminar currently popular with many top executives. A few of the modules included in the package are “Spooky Trees: The Answer to Everything”, “In too Depp: Finding Your Go-To Guy”, and  “Ed Would: Using B-List Thinking In An A-List World”.

nurdle pears: Do not sound appetizing.

nerd games are boring: “I feel like things are moving too fast in this game. And it’s all just too intuitive. Do you know what I think would make this more fun? More fucking rules. And more math.”

superhero nerds: There’s been a lot of talk lately about superheroes being insane, but I think the number one common trait shared by most superheroes is they love the shit out of cosplay.

ugly white nerds: “Close… Give me something lamer…”

what is the nerd symbol for mason: It’s still the compass and set-square insignia, but in binary.

nerds rules hermione: The only rules Hermione plays by.

114 nerd: A virtually unknown ’90s punk-pop band fronted by the friend of the cousin of one of the guys in Blink 182 and the cousin of a friend of one of the Sum 41 roadies. Though they sounded almost exactly like a combination of Matchbox 20 and 50 Cent, the early decision to only sing about Dr. Who and robots made out of Lego is probably what killed their career.

meme, i think we might be nerds: Well, we can all agree this guy is. Or at least his hover hand.

into the box: “That’s a great idea, Ben. But for now lets put a Band-Aid on that bleeding edge thinking and get back into the box. I don’t think the market is ready for pudding helmets just yet.”

jian ghomeshi -“billy bob” -thornton girl -pinhead douche: “Okay team, that’s time. Now we’re going to share the results of our free association brain-storming. Ben, let’s start with you. What did you come up with?”

every time hot man gay tub: Ok, let’s decipher this. Every time a gay man gets in a hot tub, another angel gets its wings?

angelina jolie wanted wax tub scene: but the producers felt it was too “bleeding edge” and put the idea back “into the box” and opted for a tub that wouldn’t melt when filled with hot water.

tattoo whores sexis: It’s like the Nexus. But skankier.

faded comic strips: “This comic would be way funnier if I couldn’t read the dialogue or recognize any of the characters. More authentic, you know? Like when you were a kid and can’t figure out why the punchlines in the last panel of Rex Morgan M.D. comics are hilarious.”

What do the following images have in common?

That’s right, they all came from the image search: someone holding sword to self. Obvious, really.

creepy websites 2011: Despite the shit that ends up in our Coming-To Terms posts, Nerd Hurdles, sadly, did not rank.

vladimir dracula muay: I thought this was going to be some kind of Muay Thai anime or video game thing. But he’s a real guy. Do you get the feeling those belts are compensating for something?

now replace the pencil with yourself: Step six “Stab yourself through the eye of whoever came up with this trite bullshit.”

never been kissed by john de lancie: Count. Yourself. Lucky.

who invented popcorn: Orville Reddenbacher. Or, perhaps, the North/South American natives his relatives stole the idea from in exchange for diseased blankets.

baby jesus of lyon sausage: You’d be amazed how many links you can get out of one Baby Jesus of Lyon. The Nazarene variety doesn’t go nearly as far. A few hot dogs and you’re back to eating Judas burgers. Gamey.

who is kim kardashian bio biography: I only recently learned the secret  to the mystery of Kim Kardashian’s fame. She’s the new host of the Dax symbiont which previously inhabited Paris Hilton’s body. Obvious, really.

think crime posters: Part of a short-lived campaign by the Ministry of Labour. “Out of Work? Think crime!”

nurds with big cocks: All nerds have big cocks. That’s why jocks beat them up. Penis envy.

nerd sexy black man tie: Any three of these words belong together.

very very very sexy rape: You can add as many veries as you want, buddy. Rape still ain’t sexy.

anime rape no email: Yeah, that anime rape that involves email is just off-putting. Not very very very sexy at all.

This entry was posted on Friday, December 2nd, 2011 at 11:30 am and is filed under Coming To Terms. You can follow any responses to this entry through the RSS 2.0 feed. You can leave a response, or trackback from your own site.