♦ Hot Fuzz: I’d seen this before and thus had been deflecting Mandi’s suggestions we watch it on the assumption I’d remember every single gag and the “who” in what there is of a whodunit. Or ANYTHING about the film at all. Other than the “our hoodies problem” and the two leads watching Point Break, I didn’t remember a thing. At any rate it’s silly, it’s charming, it’s a nice play-up of american style cop movies in a distinctly British manner. It’s got some nice gore even. Must see? Hmm, must see eventually. And then eventually watch it again.

♠ Beverly Hills Cop III: On the other hand, not a good cop/buddy movie is Beverly Hill Cop III, which I was under the impression I’d never seen before despite the first film in the series being my “favourite movie ever”. For at least a whole two months in 1984. I suspect I really might not have seen this one as you’d think I’d remember the surreal, Spy Kids-esque theme part sequence which contains a baffling series of events that include:

A) an extended mash-up of the “disaster movie” and “Battlestar Galactica” segments of the Universal Studios tour; and
B) a fucking GEORGE LUCAS cameo. I turned of off at this point.

But not before deciding Jason Segel has basically made a career out of stealing Judge Reinhold‘s schtick.

♦ Knight and Day: Though I thought the trailer actually made Knight and Day look pretty good, I’d avoided it because, you know, Cameron “Cougar” Diaz and Tom “Couch-jumper” Cruise. Cruise in particular though not just because of the Oprah incident but more so the diminishing returns of his Mission: Impossible films. I gotta say though, if his over-serious Ethan Hunt were more like his charming, footloose Roy Miller, then the M:I films could be pretty great. Not that this was a perfect romantic spy comedy or anything, but it might be the first one I’ve truly enjoyed since maybe True Lies. Okay, that’s probably hyperbole. But it’s what I took away from Knight and Day. That and the fact “romantic spy comedy” is kind of a weird sub-genre to even exist.

Anyway, it doesn’t ask for much and delivers what little it promises. Unlike the M:I and James Bond films which tend to over-promise and under-deliver, or  the atrocious This Means War which promised little yet managed to deliver in the negative, taking part of your soul with it. Another thing that Knight and Day did better than the current trend in traditional spy films is Cruise isn’t trying to stop an nuclear or viral apocalypse but is just trying to keep a small, important object out of the wrong hands. That’s what spy films used to be like, the stakes were smaller and more relatable.

Whether or not you can buy into (or enjoy) the slightly bizarre, Stockholm syndromey love-story between Diaz and Cruise, the spy story is actually quite satisfying.

♦ Salt: I remembered a lot of positive reviews leading up to Salt‘s release, and then a bunch of negative ones from DVD viewers afterwards. It starts off with a pretty immersing stark and serious tone. Something like an updated take on John le Carré’s cold-war era novels. Updated except for some reason the Soviets are still the bad guys? Anyway, once the plot starts moving, it quickly devolves into some pretty clichéd over-the-top spy-thriller action sequences. Combined with the serious tone, they make the film seem absurd. Soon agents are indiscriminately firing guns into the path of oncoming traffic while they pursue Angelina Jolie. You can buy that in the cartoon world of Bond or M:I, but not in the Le Carré-esque world they set up earlier. And, of course, the end game is starting and/or preventing a goddamn nuclear war. The ending is painfully open-ended in the hubristic expectation of a series of sequels à la Bourne Identity. It reminds one of those theatrically released TV pilots from the late ’70s and early ’80s for shows that were never picked up. Because they weren’t very good. 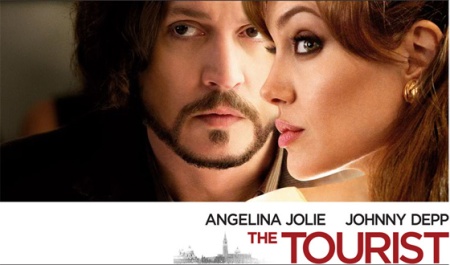 ♦ The Tourist: A much more successful Jolie vehicle is the playful The Tourist. Johnny Depp is along for the ride in this not even thinly veiled homage to The Thomas Crown Affair, Norman Jewison‘s 1968 homage to Hitchcock‘s 1955 film, To Catch A Thief. Enjoyable. But not necessarily more so than the classics.

♠ Transformers – Dark of the Moon: I somehow managed to watch more than ten minutes of the third Transformers film. I think because it’s such a bizarre hodge-podge of tone, style, formula and mood that it’s hard to look away. After a while the “WTF am I seeing!?” novelty wears off and it becomes merely tedious and just a shitty movie.

♠ Dawn Of The Dragon Slayer: This is your typical straight-to-DVD fare. Or maybe these things don’t even get pressed to DVD anymore. Somehow it boasts a lower production value than most TV shows. Even shows from the ’90s like Xena look like LOTR in comparisson. Anyhow, it’s the kind of show you click off after about ten minutes since the performances and writing are not offering anything to entice you to put up with the cheesy CGI. 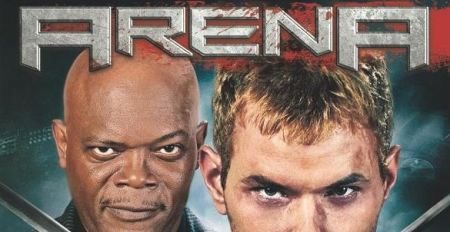 ♦ Arena: With similarly low-budget production values, I was ready to click Arena off after ten minutes. Something was keeping my finger off the mouse-button though. At first it might have been just trying to figure out WTF Samuel L. Jackson was doing in this thing. But then I got sucked into the story. It wasn’t Kellan Lutz‘s performance, as he’s merely adequate, so it must have been the script. The mystery of Jackson’s involvement: solved. Actually, Jackson even does a little more acting (over-the-top acting, but acting none the less) in this thing than he’s done in years. It’s too bad this project didn’t get some studio attention and a larger budget. But then, I suspect a studio would have scrapped everything that made Arena interesting.

This entry was posted on Thursday, July 4th, 2013 at 1:24 pm and is filed under Netflix Follies. You can follow any responses to this entry through the RSS 2.0 feed. You can leave a response, or trackback from your own site.