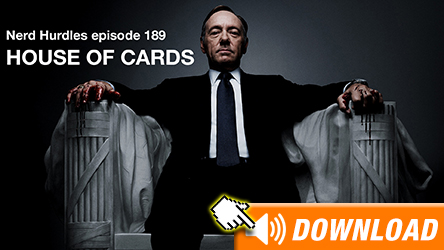 Wow. House of Cards is a powerful indictment of the American political system. And that in itself raises some questions…

As someone who lives outside of America (barely), these questions fascinate me.

This entry was posted on Tuesday, April 29th, 2014 at 3:24 pm and is filed under Episodes, Netflix Follies. You can follow any responses to this entry through the RSS 2.0 feed. You can leave a response, or trackback from your own site.

One Response to Episode 189: House of Cards