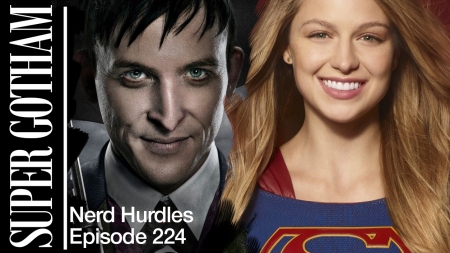 This week we talk about a couple DC television shows, the fabulous Gotham and the pretty good Supergirl. But not The Flash or Green Arrow because we’re not super dedicated nerds and just watch whatever superhero shows Netflix throws in our laps. As some listeners have noted, we’re not even aware of the bronze, silver and gold eras of Batman. We can only assume the only true Batman, Adam West, is in the Platinum era.

For a comic strip so overwhelmingly popular (over the course of 50 years it became a $1 billion empire), it’s relatively rare to find someone who will admit to enjoying Peanuts, much less love it devotedly.

I am that person.

END_OF_DOCUMENT_TOKEN_TO_BE_REPLACED

A NOTE ON THE SPECIAL EDITIONS: Before we joined the Simply Syndicated network, the first 31 episodes of Nerd Hurdles were hosted on Podbean. Technically, they still are. But since letting our pro-account lapse there’s been a bandwidth problem were the files are only available for the first half of the month before they hit the Podbean ceiling. While SimSyn’s hosting was on Libsyn, we started releasing these episodes as “Special Editions” with newly recorded introductions. When SimSyn moved our hosting to Soundcloud, those files were again lost (and we’d only managed to upload the first 10 anyway). So, here they are once more; uploaded to a 3rd audio service and hopefully the last.